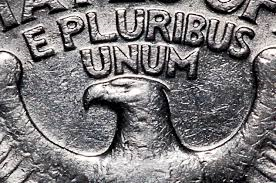 Skepticism: the mark and even the pose of the educated mind.

A few years ago, a man seemed to follow me around a social studies conference repeating himself and saying something about using a series of movies in high school teacher’s classrooms. I courteously smiled and politely exited the conversation. Yes, I teach future teachers about American wars but honestly, my office has piles of materials that I give away all of the time. It wasn’t until my colleague and consulting partner, Lou Rodriquez, told me that I should speak with this man again that I seriously listened to what he had to say. Lou was hopeful that we might collaborate and do a movie together. I was just being nice.

Years of playing the university game had gotten to me. I had started my teaching career twenty-five years ago and had been teaching at my alma mater for over a decade. I was employed by a state teacher’s college and sometime during recent years my optimism about making a difference in the lives of future social studies teachers had been squelched by pressures to publish on a national level, what seemed to me as an under appreciation for the quality and amount of work I do, and an increasing workload. I attended this conference to share the excitement of my collaboration with my friend and historian Lou but couldn’t wait to leave this Appalachian, backwoods, western Pennsylvania town to return to sort out the overwhelming piles of materials in my office. Simply stated, my life needed simplification not more materials or another list of tasks.  Ironic how one harmless conference “stalker” has made such a difference in my life.

His name is Bob McMahon and not only is he the mayor of Media, Pa but also the Chairmen of the Veterans National Education Program (V-NEP). On the advice of PA Governor Tom Ridge, Bob co-founded V-NEP in 2009 to teach our country’s history “through the eyes of those who serve”.  Because I am not a veteran and because teaching about wars is not my academic focus, I had blown him off because I thought we didn’t have much in common to start a conversation about collaboration. Four years and eight curriculums (over 1000 pages) later, I can see how very wrong I was. Lou Rodriquez and I have co-written lesson plans about (1) Delaware County, (2) Leadership, (3) Korea, (4) Latino Heritage, (5) US Military history, (6) 20th Century US History, (7) US II from Reconstruction to present, and (8) lessons to accompany V-NEP movies and an online global awareness map. We have also co-written booklets about Dr. Phillip Jaishon, a champion of Korean independence, and Hispanics in American Wars. I have traveled to Texas, Washington, Massachusetts and D.C. and have spoken to representatives from foundations, corporations, and organizations about our collaboration with V-NEP and the importance of history education. This year, V-NEP has planned to send me to Florida and Wisconsin.

Take a look at this short video from the Fort Worth Independent School District concerning our V-NEP curriculums being taught in 156 high schools in Texas and throughout the continental US and its territories.

So many experiences with VNEP have had a lasting effect on me. Most notable was a meeting with four Medal of Honor recipients and the chairmen of VNEP in a Gettysburg hotel conference room. During this meeting I was asked what barriers would prevent teachers from welcoming lesson plans from the organizations represented at the table. It was hard to concentrate because the elderly man to the right of me had a dog that kept licking my ankles.  I answered the question poorly and described the appeal of VNEP lessons to both liberal and conservative teachers. Not exactly what was asked of me but the dog was really distracting me by this time. After the meeting, the elderly man with the dog was so nice to me and asked if I knew who he was. I was very embarrassed that I did not know who Bruce Crandall was and his heroics in the Vietnam Drang Valley. And, before leaving the meeting another Medal of Honor recipient came over to me and very nicely told me that I am not a liberal or conservative-I am an American. Heaven knows what exactly I said at that table.

The process of education doesn’t have to be as complicated as I explained it all to be. Somewhere during my lifetime I had become skeptical and started viewing the world by its competing factions.  I perceived most realities as complex and most results as relative. More recently I have realized that simple is better than complex and gratitude is more effective than criticism.  I live in the world of academia where we cut each other down in a New York minute. Sadly, it takes an event like the massacre at Charlie Hebdo in Paris to remind us that Americans are all on one side-the side of freedom. There is no other value that academics hold more dearly and it is our veterans who have fought to keep those freedoms.

I have been positively influenced by the efforts of our veterans teaching (1) JROTC classes in our high schools, (2) National Cadet Corps classes in our middle schools and (3) Medal of Honor sponsored character education in our elementary schools.  As I finish my story this evening I hope you are not left wondering what my conference stalker and I have in common. We share a deep appreciation for American freedoms and the sacrifices our veterans have made, as well as believing that a diversity of voices at the table is good for America.

One thought on “Many voices, one America: A salute to those who protect our freedoms”